The São Roque hydroplant project is located in Brazil, in the State of Santa Catarina, on the Canoas River. A roller compacted concrete dam allows an installed capacity of 141,9 MW. Figure 1 presents the location of the project.

A jet deflection occurs at the first steps of the spillway for low floods and causes undesirable flow instability and vibrations. Numerical modeling can be used to optimize the geometry of the first steps to limit jet deflection. Several simulations were carried out to find a geometry that minimizes the critical discharge at which the deflection occurs. Initially, the flow regime set along the stepped spillway is a skimming flow. The reservoir level is gradually lowered at the boundary condition until the flow regime starts to exhibit instability and eventually a jet takes off at a critical flow rate.

All the geometries that were simulated contain a regular step height of 1.2 m and an inclination of 53°, which are fixed parameters for physical construction. Figures 2 and 3 present two of the geometries. The numerical model includes air entrainment and free-surface tracking using the TruVOF technique. The color legend represents the water concentration with 1 being 100% water and 0 being 100% air. The analyses were made with a sectional model of the spillway, a single 2D block in the y axis.

Geometry configuration number 1 (Figure 2 on top) was chosen for construction since it presents the lowest limiting discharge at which jet deflection occurs (0.27 m³/s.m).

Figure 2  shows a comparison of 2 geometric designs (top and bottom) for the transition location between a ‘Creager’ profile and a stepped section. On the left, the flow is in the skimming regime. In the middle, the flux starts to show perturbations as the reservoir level is gradually lowered. On the right, the jet takeoff is illustrated with a steady state discharge.

The stepped spillway water profile and energy dissipation were evaluated for probable maximum flood. The standard step method was used along with an air entrainment model and then compared with FLOW-3D. Figure 3 represents the results of both numerical and theoretical models. A sectional model was created in FLOW-3D in order to evaluate this phenomena.

The water profile obtained with the numerical simulation fits well with the theoretical model when air entrainment is considered. The energy profile shows some slight differences with less conservative results in the theoretical model. These differences may be the result of some theoretical assumptions made such as disregarding head losses on the Creager profile before the stepped channel begins. Downstream, the FLOW-3D energy profile drops because of the hydraulic jump which is leaning directly against the spillway. Figure 4 represents the turbulent energy dissipation with FLOW-3D.

Water is conveyed through 3 identical steel penstocks with a gross head of 53 m and a total discharge of 333 m3/s. The turbines are of the Francis type with vertical axis. In the lower part of the penstock, a horizontal section remains after the last curve before the flux is directed into the turbines. This horizontal part is necessary to stabilize the flow before reaching the turbines. Numerical modeling was used to determine the necessary length and how velocity and pressure distributions behave.

The upstream boundary condition is set with a flow rate source and located at the end of the water intake. Downstream, at the entrance of the turbines, a specified pressure is set so that the Bernoulli equation is respected. The head losses were calculated theoretically and subtracted from this equation. Finally, the absolute roughness was calibrated so that the head losses in the numerical model and in the theoretical calculations were equal. A roughness of 2 mm was finally set, which corresponds well with the roughness of a steel penstock. The mesh size was set with cells of 0.5 m.

All three configurations show higher velocities in the lower part of the cross sections situated immediately before the entrance of the turbines. The flow did not evolve much between cross section 1 and cross section 2. In fact, in terms of depth average velocities and pressure distributions, the overall results show that the flow already stabilizes just after the diameter transition. It is interesting to note that even in configuration 3, the velocity distribution continues to develop all along the straight horizontal section. Therefore, it seemed unnecessary to increase this horizontal penstock length. Also, this would have increased costs and head losses considerably. The original project outline was thus kept for the final project. This simulation demonstrates that a numerical model is an efficient and rapid tool for decision support.

The draft tube diffuses the flow into the tailrace canal. However, because of the sudden enlargement of the cross section, the flow regime changes with significant dissipation of turbulence and head losses. Numerical modeling can be used to determine the head losses.

The upstream boundary condition was set with a volumetric flow rate and located at the sluicegate in the draft tube. Downstream, a specified pressure was set, equivalent to the normal operation water level. The mesh size was set with cells of 0.5 m.

The numerical model engenders head losses of 14 cm, whereas the theoretical calculation is more conservative with 16.7 cm. The advantage of using 3D numerical simulations is that geometry can be optimized to minimize head losses.

Computational modeling is a helpful tool for the hydraulic engineer. Packages like FLOW-3D are strongly efficient and rapid tools. They enable project deadlines to be met more easily and can reduce costs with alternative solutions and optimizations. The authors’ experiences have shown that for a variety of problems, three-dimensional modeling is an excellent option, and may be used as an additional tool alongside physical modeling. Occasionally, it may even replace physical models, which was the case for São Roque HPP. Furthermore, it may help to design a physical model with preliminary 3D numerical optimizations. 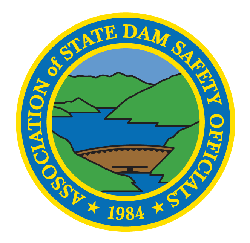