We invite our customers from around the world to join us at the FLOW-3D World Users Conference 2022 to celebrate 40+ years of FLOW-3D.

The conference will be held on May 16-18, 2022 at the Maritim Hotel in Munich, Germany. Join engineers, researchers and scientists from some of the world’s most renowned companies and institutions to hone your simulation skills, explore new modeling approaches and learn about the latest software developments. The conference will feature metal casting and water & environmental application tracks, advanced training sessions, in-depth technical presentations by our customers, and the latest product developments presented by Flow Science’s senior technical staff. The conference will be co-hosted by Flow Science Deutschland.

We are extremely pleased to confirm that Hubert Lang of BMW will be the conference keynote speaker.

Hubert Lang studied Mechanical Engineering with a focus on automotive engineering at Landshut University of Applied Sciences. In 1998, he started in BMW’s Light Metal Foundry in Landshut, working in their tool design department, where he oversaw the development of casting tools for six-cylinder engines. In 2005, Hubert moved to the foundry’s simulation department, where he was introduced to FLOW-3D’s metal casting capabilities. Since then, he has led considerable expansion in the use of FLOW-3D, both in the volume of simulations as well as the number of application areas.

We are pleased to offer a tour of the BMW Museum as part of the conference offerings. The tour will take place at 17:30 after the technical proceedings on Tuesday, May 17. You can sign up for the tour when you register for the conference.

Taught by senior technical staff and experts in their fields, advanced training topics include Version Up seminars for FLOW-3D CAST and FLOW-3D AM users, a session on municipal applications using FLOW-3D HYDRO as well as a general session focused on Troubleshooting techniques and Municipal applications. The courses are scheduled so that everyone, regardless of their application, can participate in the Troubleshooting Session. You can sign up for these training sessions when you register online.

Share your experiences, present your success stories and obtain valuable feedback from the FLOW-3D user community and our senior technical staff. We welcome abstracts on all topics including those focused on the following applications:

Abstracts should include a title, author(s) and a 200 word description. Please email your abstract to info@flow3d.com.

Registration and training fees will be waived for presenters.

Each presenter will have a 30 minute speaking slot, including Q & A. All presentations will be distributed to the conference attendees and on our website after the conference. A full paper is not required for this conference. Please contact us if you have any questions about presenting at the conference. Flow Science Deutschland will sponsor Best Presentation Awards for each track. 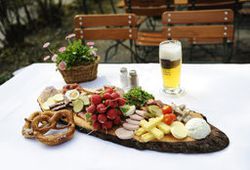 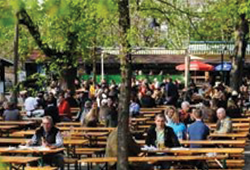