The Grid Overlay procedure allows users to check the effects of grid refinement or to efficiently compute problems in which the region of interest is progressively decreasing or increasing (e.g., an explosion). For steady-state results a coarse grid might first be used to rough out a solution and then be replaced by a fine grid using the grid overlay procedure to give an accurate final answer.

An example of the grid overlay procedure is shown in the accompanying figure of an inkjet device (left and middle). The computation started with a nozzle/piston assembly. After the jet is detached a new grid is used (right) to track its subsequent development. Additional grids can be used to follow the development of the moving jet for as long as desired. Using a grid overlay requires no special effort on the part of the user since the program does this automatically when restarting a simulation. 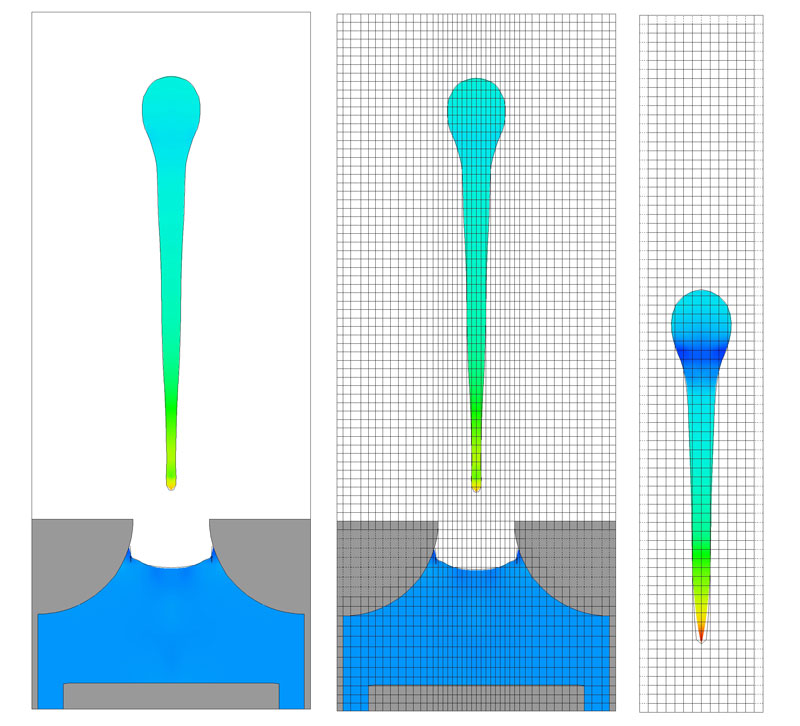 The grid overlay procedure is a powerful option in FLOW-3D that allows users to change the gridding of a computation while it is in progress. A new grid may be defined completely independently of the original grid. The new grid, for example, may be finer or coarser and it may overlay all or only a portion of the old grid.